← Choose another one / NHL

Colorado Avalanche is Your Choice 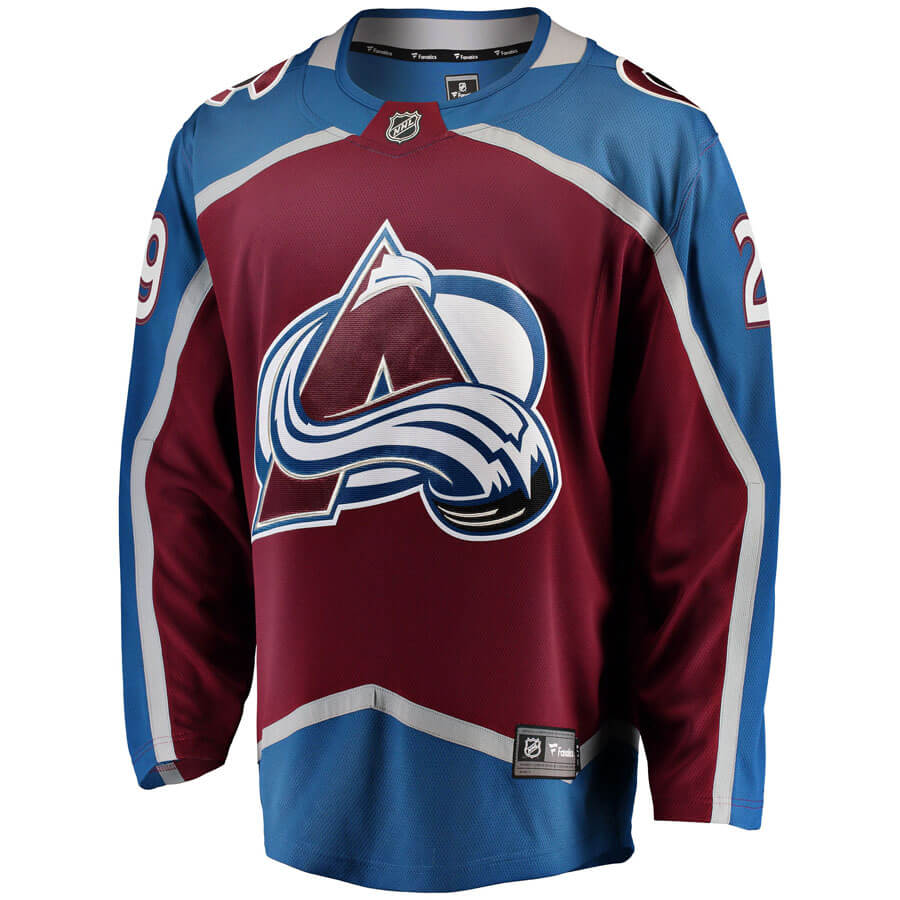 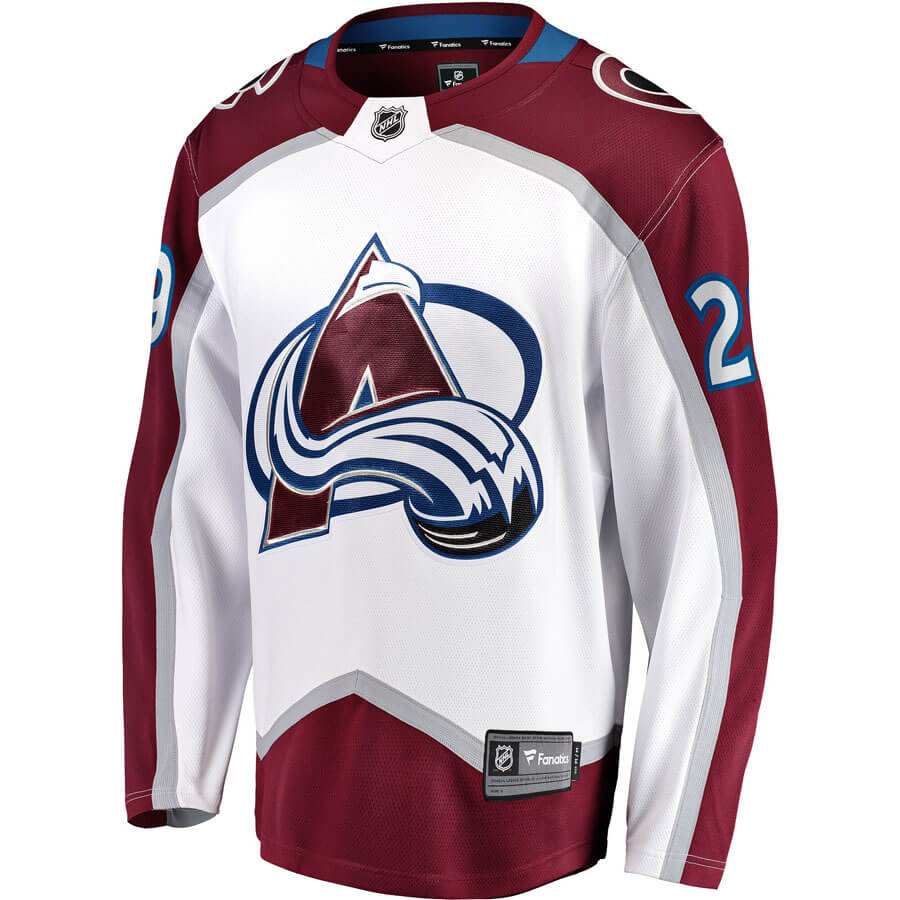 The Avalanche logo depicts a burgundy A resembling a mountain from which an avalanche of snow with a puck descends, forming the letter C. Club colors burgundy, blue, silver, black. Home ground - Ball Arena, with a capacity of 17800 spectators.

The Quebec Nordics club was created in 1972 and became one of the 12 teams created a year earlier by the World Hockey Association.

It was originally planned that the team would play in San Francisco and be called the “San Francisco Sharks”, but even before the start of the first season of the WHA, Californian businessmen had financial problems, and Quebec entrepreneurs took the initiative and transferred the club to their city.

The first coach of the team was Maurice Richard. On October 11, 1972, the Nordics played their first match in which they lost 0-3 to the Cleveland Crusaders. Richard soon announced that the coaching position was not for him, and left the team.

In 1979, after the termination of the existence of the WHA, “Nordics” and three other WHA clubs joined the NHL. In the first season, the team was among the outsiders, and the following season made it to the playoffs, where they lost in the preliminary round to Philadelphia in five games.

In 1981-1987, “Nordics” constantly played in the playoffs, twice reaching the final of the conference. In 1988-1992, the Nordics were one of the worst clubs in the league. At the same time, the local native Guy Lafleur, known for his performances for Montreal, played out in the team in those years.

The last places in the NHL in those years turned out to be one of the first picks for the Nordics. The team acquired several talented young hockey players – Joe Sakik in 1987, Mats Sundin in 1989, Owen Nolan in 1990, Eric Lindros in 1991. Lindros refused to sign a contract with the Nordics, and they were forced to exchange him to Philadelphia for several players, two first draft picks, and $ 15M.

The compensation received had a significant impact on the team’s performance, with the club doubling its performance in 1992/93, from 52 points in 1991/92 to 104 points. However, in the first round of the 1992/93 playoffs, Quebec lost six games to Montreal.

On July 1, 1995, a move to Denver was announced and the club was renamed the Colorado Avalanche. The very first season in the new location was successful. During the regular season, Avalanche held several exchanges that significantly strengthened the team. From New Jersey, Claude Lemieux was received, from San Jose – Sandis Ozolins (in exchange for Nolan), from Montreal – goalkeeper Patrick Roy. The Avalanche finished second in the Western Conference.

In the 1996/97 season, Colorado finished first overall in the regular season with 107 points but lost six games to Detroit in the third playoff round. In the 1997/98 season, finishing first in their division, the Avalanche lost in the first round of the Stanley Cup to Edmonton in seven matches.

In June 2001, after beating the New Jersey Devils in a 7-game final series, the Avalanche won the Stanley Cup for the second time. Goalkeeper Patrick Roy was named the best player in the playoffs of that year, and Joe Sakic, 31-year-old Colorado captain, became the NHL’s most valuable player in the regular season. At the same time, in the last two rounds of the playoffs, the Avalanche played without Peter Forsberg, who had his spleen removed.

Despite the retirement of Patrick Roy’s career, Avalanche had big plans for the 2003/04 season. The team’s attack was intensified by Paul Kariya and Teemu Selanne, but the team, without showing a stable game, failed to win the division title again, and in the playoffs dropped out of the fight in the second round, losing to San Jose Sharks in six matches.

The introduction of a salary cap in 2005 hit Avalanches hard, which usually did not count the costs of hockey players’ contracts. In the summer of 2005, the Avalanche failed to find space in their budget for Peter Forsberg and Adam Foote. The first went to Philadelphia, the second to Columbus.

We use cookies on our website to give you the most relevant experience by remembering your preferences and repeat visits. By clicking “Accept All”, you consent to the use of ALL the cookies. However, you may visit "Cookie Settings" to provide a controlled consent.
Cookie SettingsAccept All
Manage consent

This website uses cookies to improve your experience while you navigate through the website. Out of these, the cookies that are categorized as necessary are stored on your browser as they are essential for the working of basic functionalities of the website. We also use third-party cookies that help us analyze and understand how you use this website. These cookies will be stored in your browser only with your consent. You also have the option to opt-out of these cookies. But opting out of some of these cookies may affect your browsing experience.
Necessary Always Enabled
Necessary cookies are absolutely essential for the website to function properly. These cookies ensure basic functionalities and security features of the website, anonymously.
Functional
Functional cookies help to perform certain functionalities like sharing the content of the website on social media platforms, collect feedbacks, and other third-party features.
Performance
Performance cookies are used to understand and analyze the key performance indexes of the website which helps in delivering a better user experience for the visitors.
Analytics
Analytical cookies are used to understand how visitors interact with the website. These cookies help provide information on metrics the number of visitors, bounce rate, traffic source, etc.
Advertisement
Advertisement cookies are used to provide visitors with relevant ads and marketing campaigns. These cookies track visitors across websites and collect information to provide customized ads.
Others
Other uncategorized cookies are those that are being analyzed and have not been classified into a category as yet.
SAVE & ACCEPT